Haha wow, I never expected such an interested response!

Now comes the problem, working out a time that most of us can be present, given all our different time zones. Realistically speaking, I think we should shoot for a time that most of us think we can make it, but we might have to accept it as being ok if some people can't show up at the last moment. A while back I tried to force an engagement with PPX at a time that was very awkward for myself, which ended up not being a good idea.

On weekdays, I'm usually available from 7 pm (10 pm Pacific Standard Time) to 9 pm Hawaii time, possibly not available after that, then available again after 11 pm. I'm also available in the morning until 11 am or possibly later sometimes. I'm usually fine for most of Saturday, but Sundays are unpredictable for me.

Is Zaarock going to be on our team? I guess he could be on whichever team, but we need at least one traditional powerhouse on our team, so we can have a leader for moral support. PPX can be on whichever team he wants if he plays. I don't think we need to schedule this battle ASAP, it might be better to put this a few weeks or months in the future to give time for "rare" people to come out of the woodwork. Or we can just do it tomorrow, whatever works. We can do it multiple times too if it ends up being interesting.

We should also figure out the format. I propose that for laughs, we should make all battles one normal 3-round match each, and when you die you are gone until the next war (which could be later the same day). But everyone can enter multiple times with up to 3(?) different mechs.
Top

I'm still more interested in showcase match sets with close matchups rather than single elimination tournaments considering how much our skill levels vary and how few players there are (FT10 recordings would also give better material for beginners to learn from?). Would certainly join though. Make a new thread about it in Tournaments forum? I don't care what team I'm on, just want good matches :p
VOOT 2019 guide | VO4 Guide | 2009-generation
Top

so, i've setup a google calendar to help coordinate matches:

i'll grant write event access to anyone who requests it. this way, match opportunities will autojamagically show up in calendars if you consume this. seems like it could be a more time-aware means of negotiating matchups than just via the forum. (which i generally read via RSS) since it didn't cost me anything to set it up, the calendar is live now, if it doesn't take off - no big deal.

i can imagine blocking off a chunk of time where you 'could' be available, and then any interested parties could come in a block off a chunk of overlapping time (or edit the event) to find a common time to be online. (rinse and repeat to drill down on actual match time) seeing several overlapping chunks would scream xbox live party to me.

forward along emails to get write permissions to the calendar.
(i'm going to crosspost this to the 2013 players thread)

ps - does quad still play? that custplus disc was so cool.
Top

I've read threw last couple posts and I'm interested it too.
I'm available almost any days nights (after 10pm(CT) would be easy to schedule though), so let me know in advance if anybody wants to play.
I'm still in good shape, so even you don't see me online not as often as before, do not under estimate.
I will beat ya at all cost!! I love to win and hate to lose :b 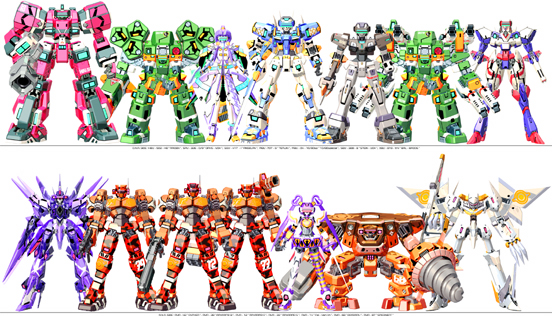 I feel like some of us, namely neoken and FlyExponent (both of whom I think are crucial to make this challenge interesting) may be slowing down on their rate of playing these days. So, before they die off too, I think we better schedule this event As Soon As Possible.

Since aniking is the best player, and he says after 10 pm CST is best for him, how about we try to have our first event at 12 am midnight CST? Pick any weekday. That's the earliest possible timeslot for me, before that I'm still at work. I'm not sure if that is the best time for Zaarock but I think he can be on at that time as well. I think this is also the time that MentholMoose and Schooly D played with us, the one and only time I saw MentholMoose online on Xbox 360. Neoken might not like that time but he showed up when we played MentholMoose so I think he can be on at that time. FlyExponent I have no idea, I see him online a lot but not at predictable times and I have a hard time even getting casual matches with him.

Can someone contact PPX? I have no idea how to contact him and only ever played him once.

And as for anyone else, well if you want to show up, everyone is welcome! There's a couple other strong players the veteran team has never met that I would like to participate on our challenger team as well, but I don't know how to contact them so right now it's not looking like we'll be able to get them in.
Top

Midnight CST is way past my bedtime during the week, but I hope you can get things rolling.

I doubt you'll be able to get PPX. I don't think he plays VOOT anymore, he's in Eastern time, and like me I think he's a cubicle dweller by day, so starting at 1 AM would be brutal.
Top

Random thread necro but I had a First to 10 set against Shamanic (cypher vs temjin, like old times): https://www.youtube.com/watch?v=x6FVBqtu6m0
I guess it was sort of even but dang shamanic is strong now.

I'd be up for serious sets like this every now and then. But especially interested in recording/watching other people's FT10, like flyexponent VS porcupine or something. Or beginner players against eachother, anything to get some competition going really. I don't play as much as I used to but I should be able to find time to record stuff like this if people want to try it.
I think if I can choose I'll stick to using Angelan against Temjin from now on, I'm starting to be competent with her against a lot of jp players.

There's no capture of flyexponent's grys which is a big shame.. most people here probably don't even know about him. He learned to become a really strong grys-vok player in just a year back in 2013, and if kept playing could very well have become one of the top players in NA. Also there is a very good temjin player in central europe now (used to play oratan a lot in japan, moved to EU) but has only been online a couple times.

Newer players from the US like varryochoco, votwinstick & others are nothing to look over either. A lot of the japanese veteran players are willing to teach western beginners which is awesome and shows how positive the community is. I mean you have possibly the best Temjin, Cypher and Bal-Bados all willing to train with random westerners, which is sort of absurd.. in what fighting games does this happen
VOOT 2019 guide | VO4 Guide | 2009-generation
Top
Post Reply
67 posts